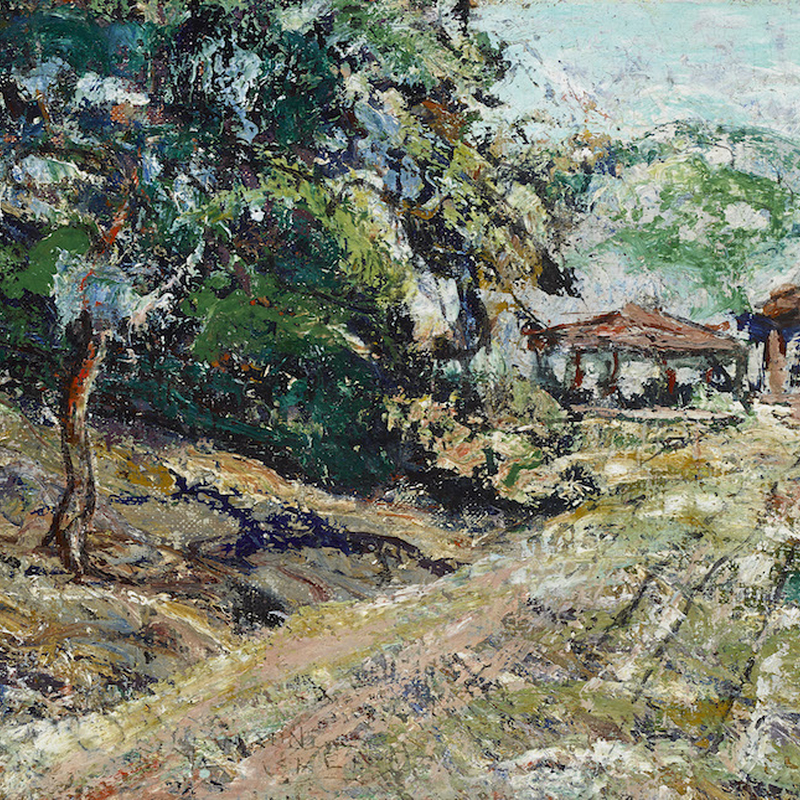 Ernest Lawson is an artist who defies easy categorization. His work exhibits characteristics of both Impressionism and realism. In fact, he studied with the American Impressionists, John Henry Twachtman and J. Alden Weir, and he also met and was deeply influenced by the French Impressionist, Alfred Sisley. On the other hand, he was a member of The Eight, which was connected to the Ashcan School, a group of artists who aimed to represent un-idealized views of everyday life. Ultimately however, Lawson stayed true to himself, always believing that “what the artist needs more than anything else is to be true to his own individuality.”

Ernest Lawson was born in Halifax, Nova Scotia in 1873. Lawson moved with his family to Kansas City, Missouri where he first studied art in 1888 at the Kansas City Art Institute. In 1890, he traveled to Mexico City with his father and took a job as an engineering draftsman. In 1891, he moved to New York and began classes at the Art Students League, where he studied under Twachtman and Weir. Twachtman’s influence was great on Lawson’s personal style, as seen in the impressionistic technique and atmospheric effects of his paintings.  In 1893 Lawson went to Paris, where he briefly attended the Académie Julian and then studied independently, concentrating particularly on the works of Paul Cézanne and Alfred Sisley. In 1898 he returned to New York.

Lawson probably cultivated his interest in the human impact on nature from the French Impressionists, for whom industrialization was at once fascinating and concerning. When Lawson returned to New York, the artist became associated with The Eight, an influential group of social realists concerned with painting urban motifs. However, Lawson never forwent his love of landscape painting, but rather explored the notions of urban and rural through his work. Lawson exhibited with The Eight at Macbeth Galleries in 1908. He participated in the Independent Artists Exhibition of 1910 and in the Armory Show of 1913.  During the 1920s he taught painting in Kansas City and Colorado Springs, and in 1936 he moved to Florida.